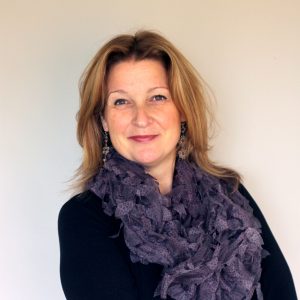 Margot Aldrich has been a professional violist for 25 years, 17 of them in Nova Scotia.  She has been a member of Symphony Nova Scotia and The Blue Engine String Quartet and has also been featured in many Nova Scotian artists’ recordings including Sanctuary, MIR, Mary Jane Lamond, Gordie Sampson, Suzie LeBlanc and others.   She has also had a private teaching studio and gives select workshops in the HRSB school system.  Margot has been on the executive board of the Nova Scotia Youth Orchestra since 2011 and is devoted to this organization for its excellence and commitment to giving young people a deep musical education.

Before arriving in Nova Scotia in 1996, Margot lived and worked in Montreal dividing her time between l’Orchestre Symphonique de Montreal (including 6 international tours and several recordings), l’Orchestre des Grand Ballets de Montreal (including 300 performances of The Nutcracker), l’Opera de Montreal, the McGill Chamber Orchestra and Les Boreades de Montreal Baroque Ensemble.   She also played with Le Quatuor Claudel, giving hundreds of performances and recording works by Prokofiev and Dvorak. Margot’s training was received at the Guildhall School of Music and Drama in London, UK and she later received a Concours Premier Prix at Le Conservatoire de Quebec a Montreal.

In 1992 Margot had the first of her three children and as such has experience as an early childhood educator, events coordinator, domestic, culinary and financial manager, negotiator and conflict mediator as well as care giver. In 2010 Margot started her own business as a professional Realtor and currently runs every aspect of the business from office management, computer program skills, document management, project coordinator, client management, crisis management, negotiation and consultant on myriad subjects pertaining to Real Estate.

Margot has acted as spokesperson on local media for both Arts and Real Estate issues.