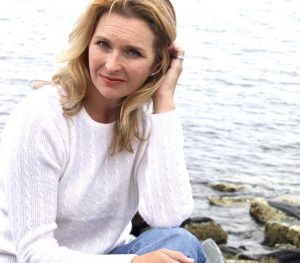 Kathryn is an actress/producer/figure skating coach and choreographer. She is the founder and Artistic Director of KAZAN CO-OP, an award-winning Halifax based theatre company. KAZAN works with professional actors, writers, directors, and designers while presenting contemporary work that speaks to the challenges of midlife.

For KAZAN CO-OP as actor/producer

The Realistic Joneses by Will Eno role of Jennifer Jones; The Weekend Healer by Bryden MacDonald, 2017 Merritt Nomination Supporting Actress and the role of Betine; Heaven Above/Heavan Below by Linda Griffiths role of Her; I-Animal by Daniel MacIvor, named Top Ten Summerworks Toronto 2013 role of Woman in Prada; Communion by Daniel MacIvor, Neptune Studio and the National Arts Centre Seasons role of Carolyn. As producer – His Greatness, The Best Brothers by Daniel MacIvor; Stacey and Liz – 2 Women. 2 True Stories, Merritt nomination as Choreographer; KAZAN presented Toronto drag artist Miss Conception July 2016 and 2017 at the former black box theatre The Waiting Room. KAZAN created this space for the local community in 2014.