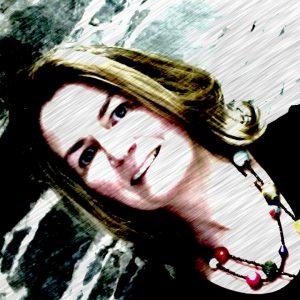 Gillian has worked in the performing arts sector for over a decade, building tours for her curated client roster to perform across Canada and Internationally. She is a member of the CAPACOA International Market Development Committee.

Gillian has been a registered service provider with Strategic Arts Management since 2009. Along with providing specific marketing and managerial services, she is developing a standard for touring support for SAM clients. Previously, Gillian represented SAM’s touring roster at regional, national and international contact events.

In 2002 Gillian moved back to Canada from the US with her husband and settled on the South Shore of Nova Scotia. Through her position on the board of the Chester Playhouse, Gillian worked with both SAM and Judy Harquail in 2009 to establish an audience development plan for the 176-soft seat venue. Gillian met Artistic Director/Choreographer bboy Crazy Smooth (aka Yvon Soglo) in 2010, at a three-day intensive touring workshop in Toronto organized by Judy. Gillian has served as tour manager for Crazy Smooth and his dance company, Bboyizm, ever since, and in 2013, the company received the Atlantic Presenters Association’s Touring Artist of the Year Award.

Gillian’s professional background includes two and a half years working as a management consultant at the University of California at San Francisco and five years prior to that working for a large performance marketing firm in Toronto (with a year-long stint in Chicago). Her client list included GM Canada, VW Canada, BP Oil and Westbury Life Insurance. Gillian also gained event production experience working as a full-time production assistant for a freelance producer in Toronto. Projects included The Cancun Jazz Festival, Volkswagen Trade Show and EuroVan Launch; as well as the Black and White Polo Ball, which raised over $35,000 for the Heart & Stroke Foundation. Gillian has a degree in administrative and commercial studies from the University of Western Ontario.