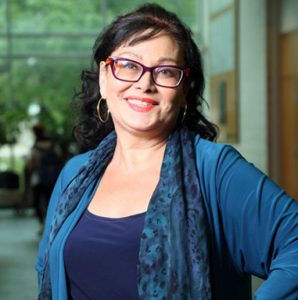 Board of Directors | Chair

Originally from Montréal, Martine is a graduate of McGill University and Université de Montréal. She worked in the field of international development, for the Canadian and American Red Cross Societies, leading development and humanitarian relief projects for over ten years. She then joined the Canadian International Development Agency in Ottawa.

Since 2009, Martine has been the Director for the Centre for Advanced Management Education in the Faculty of Management at Dalhousie University, where she continues to teach and conduct research.

Martine has long been a supporter and practitioner of the arts. She has a Master of Musicology degree, and has been a dancer and choreographer of flamenco dance for 15 years. She trains regularly and intensively every year in Spain under flamenco masters, and performs with her Halifax-based group, Flamenco en Rouge.

She is married to David Copp, and they have two sons, William and Sebastian.