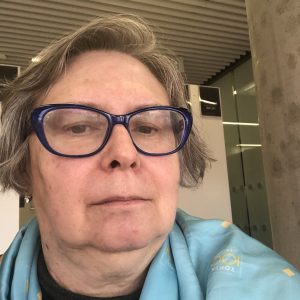 Carol Dobson has been an independent communications consultant for the past 27  years  She has worked on a number of significant public events including the Halifax-Dartmouth Canada Day Committee (18 years), building it to the largest July 1 celebration east of Ottawa. Other significant events she has guided include the 50th Anniversary of VE Day, the Halifax Garden Festival, Yorkshire 2000, and three International Gatherings of the Clans in Nova Scotia.

She has also served as the PR advisor for Flamenco En Rouge, the Zonta Club of Halifax, and the Federation for Scottish Culture in Nova Scotia.  Carol spent 26 years as a contract writer for the Saltwire Network, with at least 10,000 articles published during this time.  As a storyteller, Carol has worked with a number of local tour companies writing and providing guided tours throughout the Atlantic Provinces.  With the COVID crisis, this important sector of the tourism industry has been crippled so Carol has been using her background in media and government relations to bring the issues faced by the ‘people movers’, including attracting the interest of the Financial Times of London.

Carol is a strategic thinker and problem solver who loves the challenge of helping organizations succeed.